I was doing the ordinary school run and shopping trip today and stopped for a petrol at New Cross. When I was getting out of the car and reaching for the pump, I had two short memory flashbacks.

One was my first filling at this very same petrol station near Sainsburys 3 years ago. It was in the evening, I was alone, half scared and half amazed by the fact I am actually doing it by myself. After I filled the tank, screwed the top back on, closed the door and went to pay, my knees were bit wobbly. Coming out of the shop, starting up the car and putting the music on felt like a scene from a movie. I was the main star there. The feel of freedom was imminent, you could smell it, breath it, hear it, almost touch it.

The second flashback wasn’t a big jump in time. Two weeks ago, I was at the same spot, the same pump perhaps, after we just made a journey from Prague. Car boot filled up with bags and stuff, inside three sleeping bodies. Two little ones at the back and one tall, curled up at the front passenger seat.
Did I really make it there and back? It seems and feels like ages ago. Like it never happened. Like I haven’t travelled up and down the country and, indeed, Europe.

I felt suddenly strong sympathy for this old rusted piece of metal, for taking me there, for not letting me down. What an adventure! Shall we do it next year again? I bet we could! 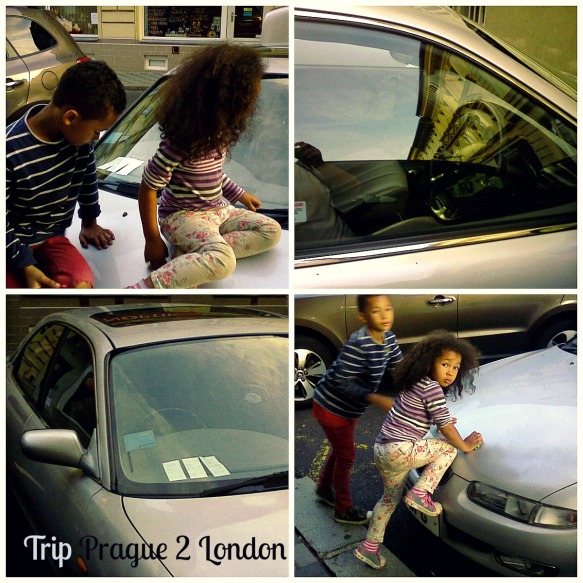